Gains Expected in 2014 for US Real Estate Housing Market

Home > Blog > More Gains Expected in 2014 for US Housing Market 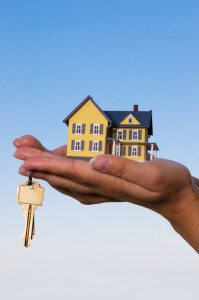 More Gains Expected in 2014 for US Housing Market

Experts emphasized recently what they’ve been saying for weeks: The US housing market will show even better gains in 2014.

Evidently, experts believe that it will be a good year for housing, despite the fact that sales are likely to level off slightly.

Those interested in buying and selling real estate in the US in 2014 will surely find the following information helpful as they navigate the market!

Good News for US Homes for Sale

Here’s the outlook for the US housing market, according to a recent article I was reading:

In a related article, CoreLogic reported a similarly optimistic outlook for 2014, especially given the most recent data available.

Those markets that are expected to be the “hottest” in 2014 include:

Buying and Selling US Real Estate

Hopefully it will be a great year for the national housing market. One thing is for sure: It will be an improvement from the year before!

Check back here soon for more pertinent information on the current state of the national housing market!