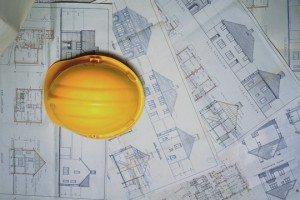 The sluggish housing market over the last several years did not have an impact on Americans’ desire for bigger and fancier homes, according to a recent report from USA Today.

Evidently, demand continues to grow for these large estates, especially as the housing market across the nation improves.

This is a fascinating trend on the national housing market and one that is sure to impact both home buyers and sellers.

The American Dream of owning a bigger and better home is still very much alive across the country.

In fact, as the recent USA Today article noted, many of today’s buyers still want a house that includes as many luxury amenities and features as they can think of – or at least afford.

This may include gourmet kitchens, deluxe bathrooms, spacious decks or screened-in porches.

While this is occurring, experts also note that homeownership rates have remained mostly stagnant. And income growth appears to be lagging behind the rising price of homes.

Meanwhile, the size of families and households continues to shrink, even though the houses themselves are getting bigger.

Experts say that this is because Americans still love the idea of owning a home that makes a statement about them, that demonstrates their status in society.

A Closer Look at This Housing Market Trend

Here is some relevant data on this housing market trend, based on US Census data:

So What Do Home Owners Get With These Newly Built Homes?

A better question is: What don’t they get?

Here’s a breakdown of these new construction homes and what they offer to buyers:

Check back here soon for more pertinent information on the housing market and how it may impact you as a buyer or seller.

We’ve made it our goal to help you stay informed as you navigate the market. After all, the better informed you are, the better prepared you are for securing a successful outcome on the housing market.