Young Buyers Returning to the US Housing Market En Masse 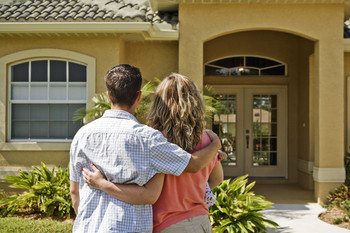 According to a recent Bloomberg article, more and more first-time home buyers are entering the market because they feel more confident about the economic recovery.

Faster economic growth and a labor market that’s approaching “full employment” (according to the Federal Reserve) are aiding in that rise in confidence among first-time home buyers.

Even if you’re not a first-time home buyer, this news is sure to benefit anyone who is navigating the national housing market right now.

Douglas Duncan, a chief economist at Fannie Mae in Washington, made the following predictions about the year ahead:

Recently Thomas Reuters partnered with the University of Michigan for a consumer sentiment poll and this is what they found:

Meanwhile, economic growth (bolstered by consumer spending as well as business investment) is increasing. In fact, the Commerce Department reported that the US grew by 5 percent in the third quarter, which is the fastest since 2003.

Plus, the economy added more than 2.7 million jobs in 2014, which is the most since 1999, according to the Bureau of Labor Statistics.

And the jobless rate will average 5.2 to 5.3 percent, which is at the level last seen before the financial crisis.

All of this job growth and creation means that the median household income in 2014 increased 1.6 percent to $53,880 through November. Experts say that rate should increase through 2015.

Which Brings Us Back to the First-Time Home Buyer

All of this growth and prosperity is driving young home buyers to the market. As they enter the market, more homes will change ownership, freeing up existing home owners to buy bigger and better homes.

Your #1 Resource for Real Estate News

We hope you found today’s news on first-time home buyers as encouraging as we did!

Check back here soon for more valuable information on the current state of the housing market and how it may impact you as a buyer or seller.